Get fresh music recommendations delivered to your inbox every Friday.

Until I Fall Back Down 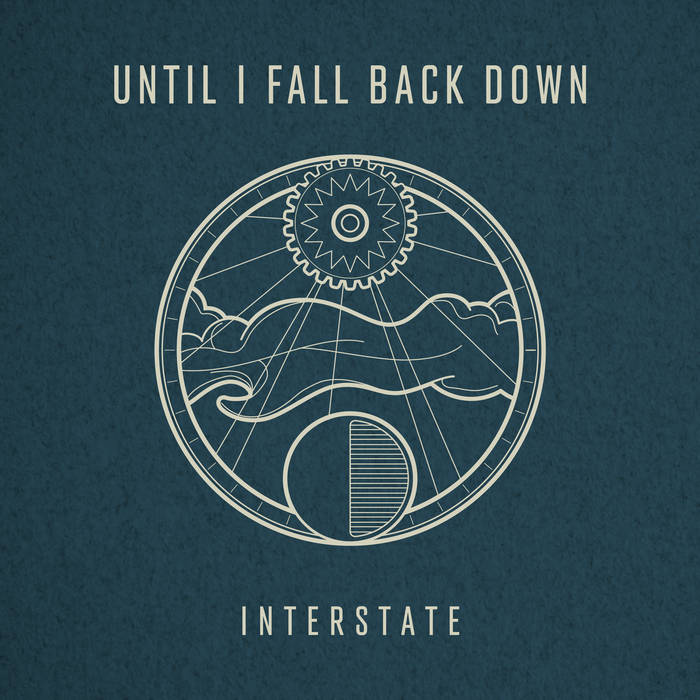 Interstate’s second album, Until I Fall Back Down, takes their sound to new levels of expression. The simple four-piece texture is consistently lush and rhythmic, and the writing revels in contrast. Each song goes in a new, unexpected direction but the commitment to dramatic melodies and rhythmic instrumental performances is unwavering.
The record’s first tune, Good at Goodbye, is its most infectious and singable but perhaps also its most emotional. Earthy instrumentals (acoustic guitars, stand-up bass, and piano) evoke the folk-rock of the 1960s and 1970s while the warm three-part harmonies pay tribute to fond memories. Good at Goodbye’s greatest feat, though, is turning a melancholy lyric into a full-throated, foot-stomping single.

Can’t Stop Me Now unleashes a full rock arsenal of wailing electric guitars, layered keyboards, and a filthy bass-driven breakdown. A snarling vocal reflects the confidence of the lyric, just breaking into a scream as the song reaches its zenith.

Icarus is chronologically the first song recorded for Until I Fall Back Down, and is where the album gets it's name. Set in the middle of the collection, Icarus paints a more refined picture than the first two songs and marks a point of departure from standard pop/rock tropes. A simple piano ostinato provides the backdrop while a tapestry of melodies and countermelodies are woven around it. Vivid lyrics and remarkable instrumental tones make Icarus a powerful but also thoughtful ballad.

If the album is a journey, then Next to Nothing is the destination. Its meditative instrumental drone and gently lilting meter suggest a lullaby, setting the stage for spacey vocals and a haunting lyric. Its form, meter, and even lyrical imagery is inviting and deep, if always just out of reach.

Finish what you Started is a funky and irreverent curtain call. The relentless, gravelly arena-rock worthy guitar riff sneers at the record’s cooler tones, inviting the listener to follow into another soundscape. Distorted bass, rhythmic organs, and multi-part vocals add intensity, while the chord changes and contrasting bridge section hold the listener in suspense.

Interstate is a pure product of the northwest's music community. We are a collaboration of many different styles of music, in an effort to write and play the songs we have always wanted to hear

Combining a love for classic ideas and experimenting with new sounds, Interstate maintains a philosophy of staying musically fresh. Expect to hear the unexpectedly familiar. ... more

Bandcamp Daily  your guide to the world of Bandcamp

Nightmares on Wax and Bremer McCoy stop by with their sublime new LPs.